The Standard hotel on the Sunset Strip in West Hollywood is scheduled to close Friday, 22 years after opening with the financial support of such stars as Leonardo DiCaprio, Cameron Diaz and Benicio del Toro.

The location was the first that hotelier Andre Balazs opened in the Standard chain of boutique hotels. The brand, with its irreverent upside-down logo, cultivated a casual, cool, celebrity-studded ambience. The chain grew to six locations in the Los Angeles area, New York, Miami and London, and it operates under parent company Standard International. Balazs stepped down as the company’s chairman in 2017.

A Standard International representative said Thursday that the holder of the building’s lease exercised its option to raise the lease price in 2019 and that the increase has “rendered it unsustainable to operate the hotel.” She said the hotel tried to renegotiate.

With the COVID-19 pandemic, which has led to restrictions on travel and in-person events, the nation’s hotel industry is undergoing its worst crisis in decades.

The Standard’s lease is held by the Ferrado Group, a real estate investment firm based in Spain with a location in Newport Beach. Company representatives could not be reached for immediate comment.

The Standard’s interiors were originally created by film set designer Shawn Hausman. The location had been a hangout for such celebrities as Matt Dillon, Uma Thurman, Jennifer Lopez, Rose McGowan and Gloria Estefan. 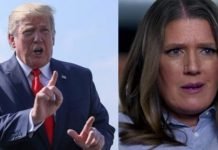